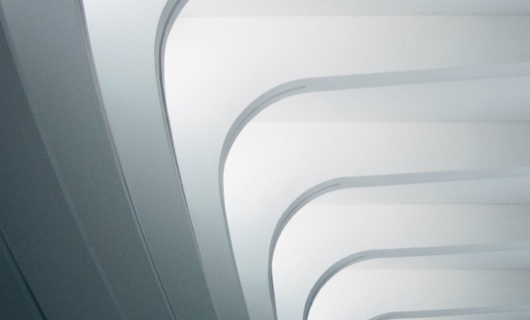 Digital Asset, the tech company behind the Australian Securities Exchange (ASX) CHESS post-trade blockchain solution, is working with multiple central banks that are exploring central bank digital currency (CBDC) interoperability. Yuval Rooz, Digital Asset’s CEO, also expects the company will be working with more than five of the worlds’ top ten stock exchanges by the end of next year. Given that HKEX is already a top ten client, at least four more exchanges are in the pipeline.

But the primary topic of the discussion with Ledger Insights was CBDC interoperability. Rooz says if central banks are going to invest all of this time and effort to create a digital currency for it to only work with others via APIs, in his opinion, it defeats the purpose because most payment solutions are already very efficient.

He warned: “They will go down a dead end and a lot of time will be wasted if you don’t start by saying: I’m not going to implement such an ambitious project until you can show me on day one that you have a pathway to interoperate with other systems.”

How do you actually connect central bank digital currency into capital markets, into insurance, into supply chain?  You can also use smart contracts to have programmable money. To me, that’s where it gets exciting. But in order to be able to do that, you must have interoperability.

The holy grail is to make cross border payments faster and cheaper with CBDC. That’s something Digital Asset is exploring with central banks but can’t yet disclose which ones. The issue is the central banks won’t all use the same technology. He compared the challenge to WhatsApp and Apple’s iMessage, where WhatsApp works on most platforms, and iMessage only works on Apple’s.

Digital Asset is known for its DAML smart contract language, which works with most of the major enterprise blockchains as well as centralized databases and other systems. It has used that deep knowledge of each of the technologies and their different privacy mechanisms to create a new interoperability protocol DAML Canton, that sits beneath the DAML smart contract language.

The first public application of its interoperability technology is the rollout for China’s Blockchain Service Network (BSN), which is backed by the State Information Center of China (SIC). And Digital Asset is working on integrating DAML with several public blockchains supported by BSN.

But Rooz thinks it’s unlikely a CBDC will be launched on a public blockchain. “The question is would a policymaker be able to give up the control over monetary policy to a distributed infrastructure,” he asked. “They are barely willing to put things on the cloud.”

What is true interoperability?

Rooz recently demonstrated interoperability for a mock CBDC app involving two CBDCs during the OECD Global Blockchain Policy Forum. The key takeaway was that neither central bank had access to the other’s ledger, but the banks could still transact without an intermediary. During the demo, Rooz commented that not all solutions offer true interoperability. He explained the four key requirements to Ledger Insights.

First is the ability to run across multiple different technologies. “We think that there’s going to be different ledgers,” said Rooz. “And by the way, I think that maybe an important component to that is not everything is going to be DLT.” An example of that is HKEX’s recently announced project with Digital Asset and the DTCC, which takes advantage of smart contracts but not DLT.

The second requirement for interoperability is atomicity. So if one leg of a transaction fails, all sides fail. That’s often critical, for example, in capital market transactions if there’s no central counterparty. By ensuring atomicity, you get delivery versus payment without the risk of handing over securities when the payment leg fails.

The fourth interoperability requirement is extensibility. Without that, it means reinventing the wheel when future technologies come along or deploying future use cases to the same infrastructure running CBDCs.

We were also curious about how Digital Asset positioned its interoperability solution versus some others.

We asked Rooz to compare DAML Canton interoperability to others such as Polkadot and Hyperledger Cactus.

Polkadot claims to offer ‘true interoperability’ using the Polkadot Relay Chain to interact with all Parachains or secondary blockchains. Because of the Relay Chain, Rooz positioned Polkadot’s approach as more of a coordination mechanism like a global messaging bus. “What Polkadot is saying is, hey, we’ll coordinate all of these things between all different participants, but it’s all happening on one (global) message enterprise (bus),” said Rooz.

“You run into the single point of failure that if Polkadot goes down, suddenly all of these systems (go down). We’re saying we don’t need to have this global message bus (the Relay Chain). We’re saying you can create these interoperability connections between whatever system that you want on a per use case basis.”

Turning to Hyperledger Cactus, he referred to its approach as application-level interoperability as opposed to a network-level protocol. So there’s an element of needing to custom integrate any two apps.

One question is what sort of software central banks will be willing to rely on. DAML has been open-sourced, and Digital Asset says it plans to open-source the full CBDC interoperability application.

In DAML’s case, while the language itself is open-source, most of the integrations with enterprise blockchains require an enterprise DAML Driver license for commercial support. The interoperability solution, the DAML Canton protocol, will be added to this product and became available in Early Access as of yesterday.

Digital Asset is evolving into more of a pure software company with solutions primarily being implemented by partners. Hence the licensing income is rather important. With a headcount of 145, we asked about the company’s financial runway. While Rooz wouldn’t be drawn on details, the company is fortunate to have raised well over $150 million in funding to date. It has an enviable list of investors that includes ASX, Broadridge, Citi, Deutsche Börse, DTCC, JP Morgan, Goldman Sachs, IBM and others.

After pivoting to focus on DAML, late last year, Digital Asset raised a $35 million Series C, which was extended this year with the addition of Salesforce Ventures, Samsung Venture Investment Corp and VMWare.

Yooz seemed comfortable with Digital Asset’s current position. “We have plenty of interest from potential external investors that talk to us all the time about how they can add value to DA,” he said.